Faith in the Age of Rulers of Darkness

There is so much dissension between Christians brothers and sisters because of ugly politics. I am so sad about the anger and confusion and fighting. I constantly have to remind myself not to get caught up in all of it. We have to encourage each other to hold out and hold on. And, yes, I do want to make a couple of points.

When it comes to my Christian faith and belief, I don't do so blindly and ignorantly. In 1st Peter 3:15 we are told:


But sanctify the Lord God in your hearts: and be ready always to give an answer to every man that asketh you a reason of the hope that is in you with meekness and fear: (emphasis mine) 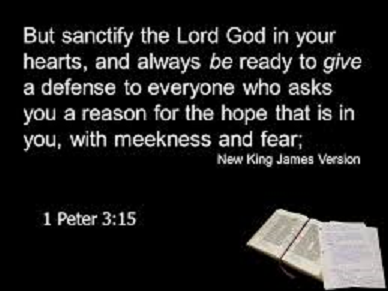 Not that any of us should dare speak about Trump - or any man other than the Lord Jesus - as if he is our "savior" but since some of us do, then please think on that verse. Maybe you will be pulled back into your good sense by the reminder.

Now I don't want anyone saying that I am calling Trump the anti-anything but all of this hard and unquestioning loyalty to him reminds me of another Bible verse that warns:

For there shall arise false Christs, and false prophets, and shall shew great signs and wonders; insomuch that, if it were possible, they shall deceive the very elect.(emphasis mine) 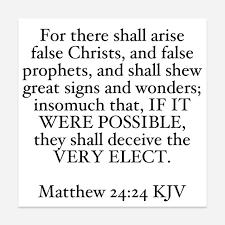 I always did wonder just how Christians could be fooled or led away. I thought I would never live to see anything like that. These days, when my brothers and sisters are so staunchly defending Trump, I can see so clearly that it hurts. It's not about who is is or what he has done; it's about the die-hard defense of him. There are people threatening war if he's not re-elected or if he's impeached. You can't even say a word against him in some places without fearing personal harm. He's like some kind of a godfather or king to some people. And some people hate him so much that they forget they are Christian long enough to curse other Christians who support him.

What kind of evil genius thought to set this kind of moral trap?


So... Let's all be careful, family. Let's be careful that we don't get so caught up in the politics and social infighting that we forget who our true Leader is. Let's not let the media and social programming and mind-games of the world and the Enemy distract us from what our hearts should really be focused on.

The fight for the things of this world is not our fight. The battle we are in has already been won.

Posted by FreeBeing at 3:22 PM No comments:

Just a real quick post to let you guys know about some interesting videos I've viewed recently. By the way, I just started watching Tubi TV. It has a good variety of free viewing content - especially documentaries - and the ads are so much less intrusive than on YouTube. The content is the main thing it has over YouTube though. Now, back to what I was saying.

First up, these are some films I found on TubiTV 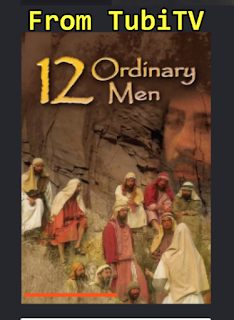 This one is SO good. I learned so much about the disciples or was reminded. 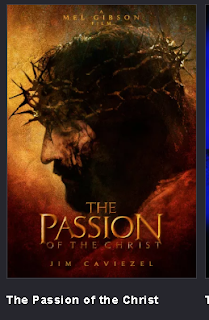 It took me until last year to finally attempt to watch The Passion and I still haven't gotten past the first 13 minutes or so. I do have this in my queue on Tubi though.


Then, I found this video about the religion of Star Wars tonight on a YouTube channel I subscribe to called Truth Unedited. Very good content and even when I don't agree with everything there, I always find it interesting and thought-provoking. The content creator for the channel obviously has a great love for the Lord and His people.

Make sure to go over and check out TubuTV. I am really impressed by the amount of good content. You can save videos to a watch queue, much like with Netflix. And it's free.

Posted by FreeBeing at 5:16 PM No comments:

**BOOK ALERT** Chronicles of the Host

Quickie post to alert you all to an awesome series of books. It's a fiction series based on the biblical angelic hosts of Heaven. I used to have the paperback collection (minus the last 2 books) but lost them in a fire. I will be trying to recollect them.

If you like the idea of great storytelling based on the Bible from the time of the angels in Heaven, through Lucifer's fall, through Jesus' act of love on the cross... this is the series. The author is D. Brian Shafer and I wish I could meet him long enough to thank him for his work on the series.

Here are the covers of the first few books:

Peace
--Free
Posted by FreeBeing at 7:00 PM No comments: